It's not hard to love Scotland. You only need to have a poke around Instagram or Pinterest to find photos which make your jaw drop. I'd been watching some friends post incredible photos of Scotland and felt the need to get up there to see and soak in those landscapes. 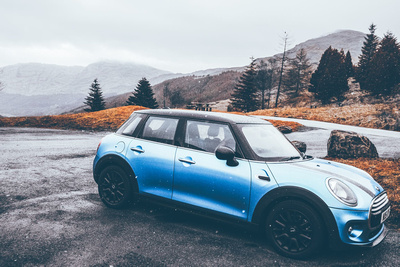 Mini Road TripThe first stop off at The Rest & Be Thankful

I set about planning a 5 day (fairly fast paced) road trip. It took me a couple of weeks to put the plan of the trip together using a web based app called Furkot which is ideal for a tight schedule road trip. The app takes information such as when you want to set off each day, arrive back at night, the MPG of your car for fuel stops etc and helps you see when you can squeeze more in or when you might be trying too much.

So here goes... I'm sharing the whole trip over a few blog posts to help inspire you to visit and plan out your own route.

WHO'S THIS TRIP FOR ?

Anyone who has limited time to try and see a whole variety of Scottish Landscapes. As a first visit to many of these places it was great. Every single day left lasting memories because we were seeing so much. I still can't believe how many stops we made on day 3's drive just because we encountered so many different landscapes around every bend. We also squeezed in two mountain hikes during the trip which you could choose to skip and maybe spend more time on the Isle of Skye. Although if you go to Scotland and don't climb at least one new mountain, you crazy! 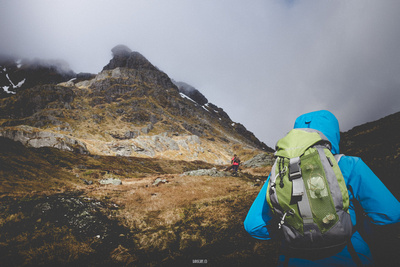 You've got to enjoy driving for this trip. I don't normally but I did this time. I was amazed by some of the roads once we hit Wester Ross driving through fields then along the coast and through mountains all in the space of a few miles.

The trip plan starts from just south of Glasgow and ends in Edinburgh. You can of course do the trip in reverse, it's a free country (well kinda).

Anyways without further chit chat, lets get on to Day 1 of the trip.......

DAY 1 - THE REST & BE THANKFUL, THE COBBLER, ARROCHAR 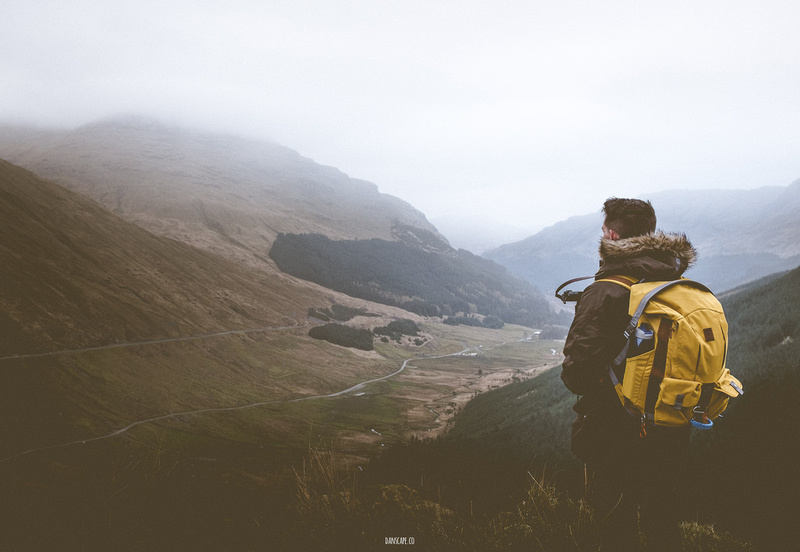 THE REST & BE THANKFUL 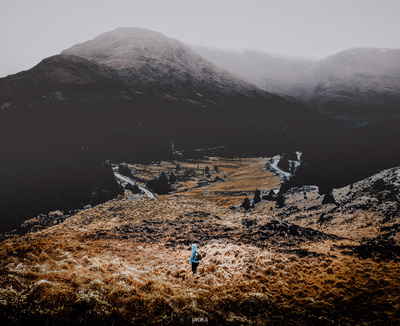 Wandering The WildsLooking for a viewpoint down the other side.

We left our hotel near Glasgow at around 5am and started out to try and make sunrise at The Rest & Be Thankful (where we would probably then not rest or be thankful).

The Rest & Be Thankful (TRBT from now on) is a scenic pass on the A83 (road nerd) which winds up to a point with great views in either direction of the road meandering through valleys and around the lochs.

Anyways, sunrise didn't happen the cloud just got a little bit brighter, but we were treated to a light dusting of snow. It was a quiet early morning and one of those times when you can hear the snow landing on the ground around you which gives it a magical feel. 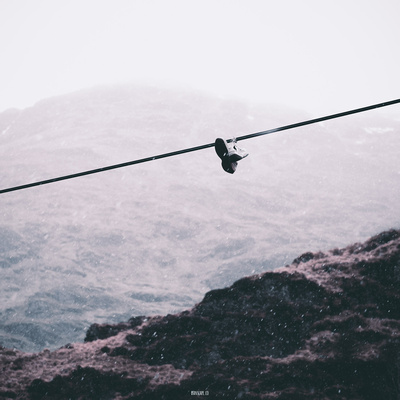 A Sign ?Some drug dealers have better territories than others 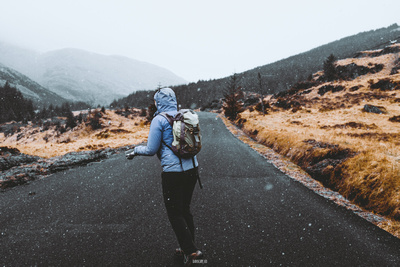 Snow DanceNot sure what was going off here really. 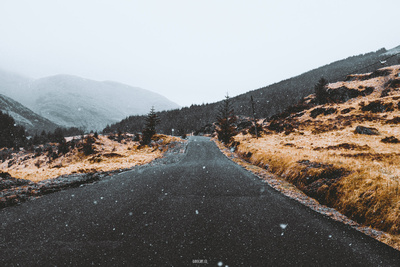 The random pair of trainers strung over the power lines kind of didn't fit the fairytale atmosphere (and suggested drug dealers were lurking nearby).  We spent around an hour wandering the area and didn't find any drug dealers or much golden light so we headed down the hill to the start of the days mountain climb. 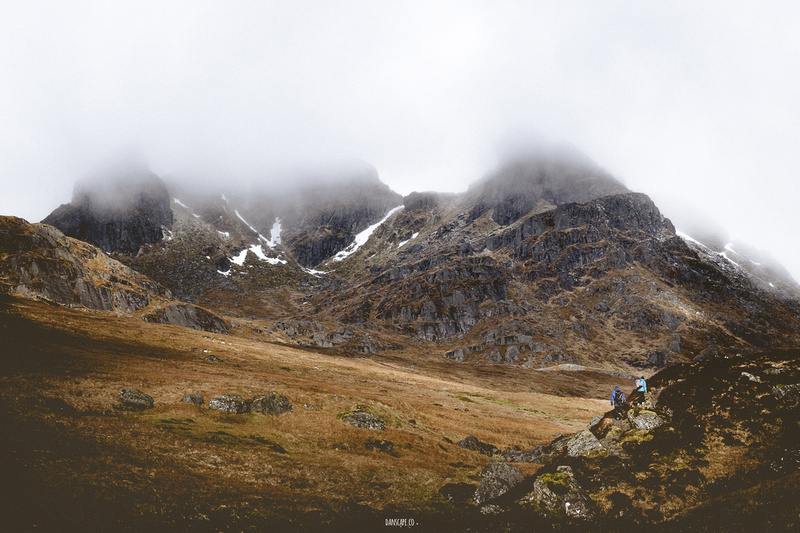 In The Shadow of Ben ArthurTwo hikers making their way up towards the mountain.

It's called The Cobbler because it supposedly looks a bit like a 'cobbler and his last'.

If you know what a 'last' is then your a smarter cookie than me, so I have no idea if it's an accurate name or not. The mountain's slightly more official name is Ben Arthur. I can see why they tend to call it The Cobbler as Ben Arthur does sound a bit like a dodgy act from X Factor.  Anyway I'm digressing a lot here......... 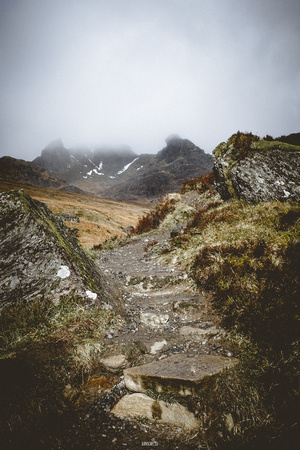 A Sneak Peak on the PathThe mountain sits overlooking the valley. 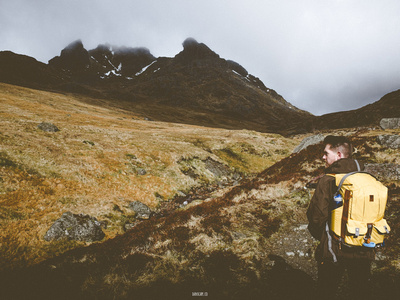 Light BreaksThe sun finally making it's way through the clouds on route up.

Starting from the car park just off the A83 the walk begins with a steep climb through woodland until you reach a shallow valley.

The path winds through the valley with mountains either side taking you to the foot of The Cobbler. By this point the clouds were starting to move and break due to the strong winds which meant there were occasional views of the mountain ahead and the loch behind so plenty of snappy snaps took place. 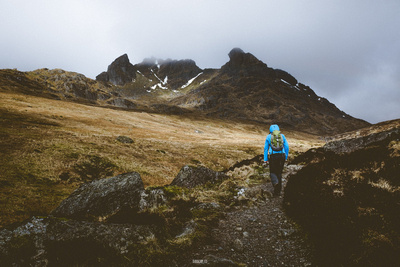 We took the path which went to the right hand side of the mountain and then climbed steeply up to our left vis stone steps. On the way up we passed a group of volunteers who were building said stone steps, somehow managing to keep on working despite the incredible wind and occasional snow; much respect to their efforts. 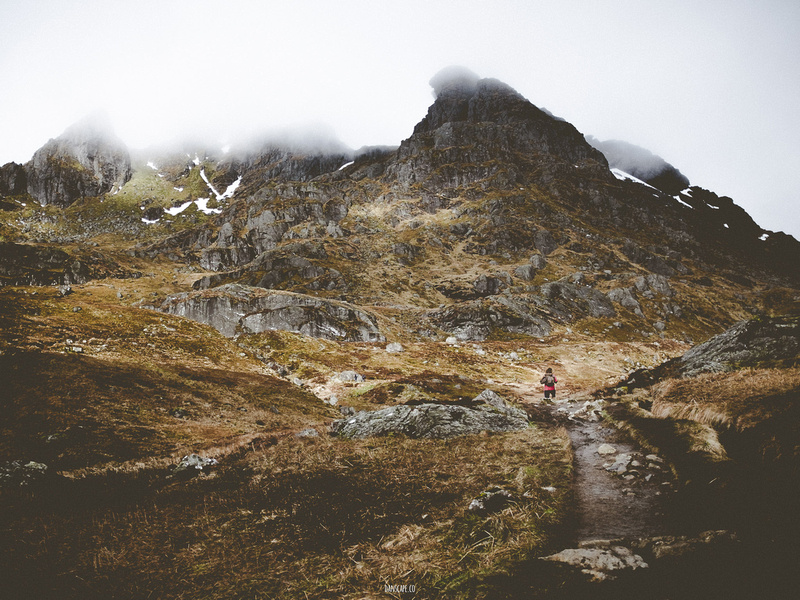 Stand & StareOne of the volunteers helping to build the pathway to the summit making his way up. 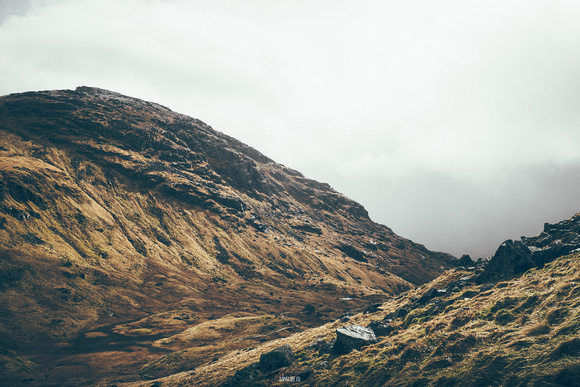 The view back down the valley from part way up to the summit. 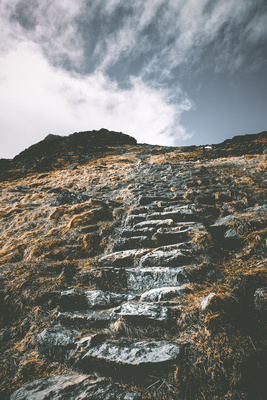 Stone steps to the summit.

When we reached the summit the wind was much stronger and there was plenty of snow and ice around. It's was brilliant! The reason you climb up to these places is not only for the views but also to experience a different world from that at ground level. You want to be able to look back up at the summit later in the day and feel a sense of wonder as to how different it felt back up 'there'. How much stronger the wind was, how much colder it felt, the hardness of the ice, and the worse the weather the better the dinner & beer tastes in the evening.

The summit of Ben Arthur is a fascinating world and one I'd definitely recommend visiting. It has a number of rocky outcrops and pinnacles to explore although on this occasion we headed straight to the highest point as the wind was making it difficult to hang around too long. 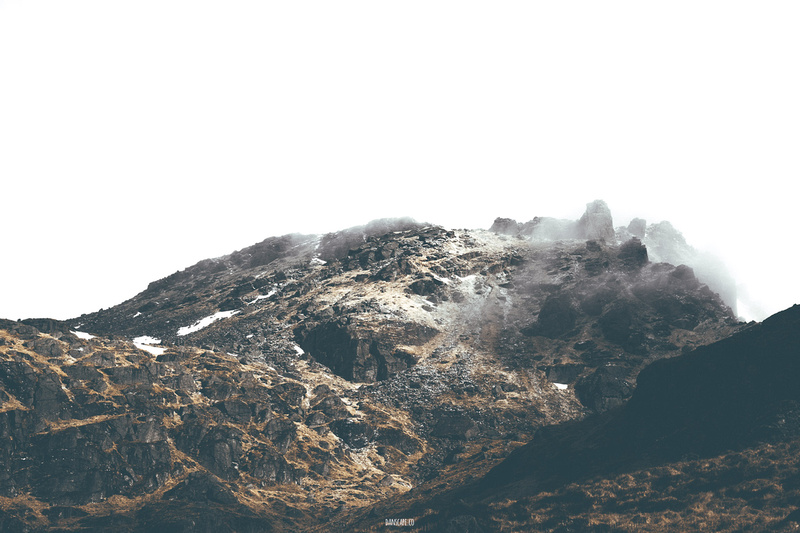 NothingnessNearby mountain summit in the mist.

The Great Why ?The summit in the mist.

The very top of Ben Arthur is on that little outcrop.

The Lure of the SummitA minimalist view of the summit

Looking down from one outcrop to the other.

No sooner had we taken a few short steps down from the summit heading back towards Arrochar and the wind was gone. The direction of the wind was hammering only one face of the mountain, so there was a peaceful and calm haven right off the other side.

And then it started to snow! Which was a magical way to descend from the summit. 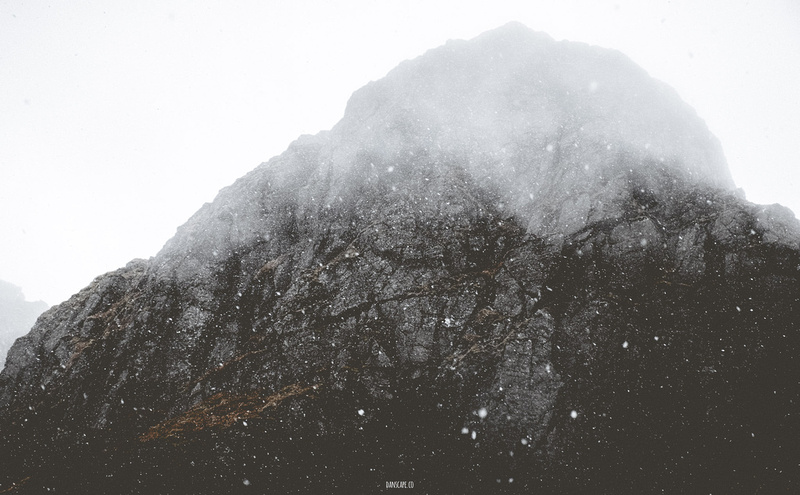 Beautiful snow falling around the summit.

The view with the summit down to the loch.

Along the ridge of the summit.

Usually my mountain walks go on a good 1-2 hours longer than planned, partly due to photos, partly due to getting lost, but this time we were ahead of schedule when we returned to the car. I really can't recommend this walk enough, it's tough enough to feel like a proper mountain hike, but short enough to do without taking up the whole day. It's also a really dramatic and different summit worthy of a visit in different conditions. 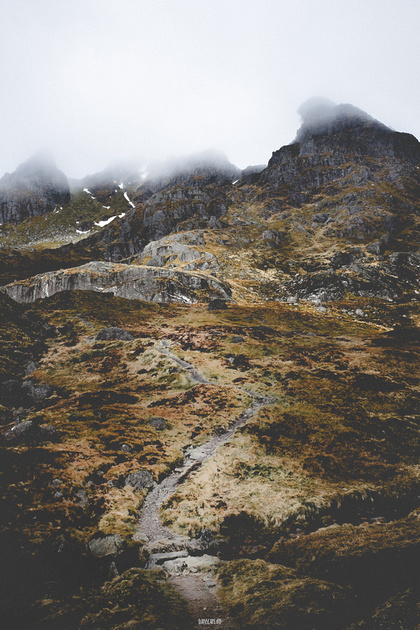 Looking back up to the summit from the route of descent.

After whipping off the waterproofs & boots we then popped in to the small village of Arrochar and found the Arrochar Tea Rooms for a spot of lunch. I loved it in there; a nice informal cafe, smoke-tasty smoked salmon on tiger bread which was bloomin' lovely. Of course we also snaffled some cake and plenty of tea then headed off to find the hotel for that night.

We stopped at The Village Inn a busy and traditional feeling pub next to the loch which I'd definitely recommend if your stopping near here. The rest of that day was a lazy one catching up on a bit of sleep and getting ready for another early start.

If I was following this route again I'd consider skipping a night's stop in Arrochar just to spend more time further along the route in the Isle of Skye or Wester Ross. I figured after a long mountain walk we would need to rest (and we did) but if you skipped the mountain I'd say an evening drive up to Glencoe or Fort William would be a good move.

I'd love to hear your suggestions, comments and if you ever follow this route in the comments below. 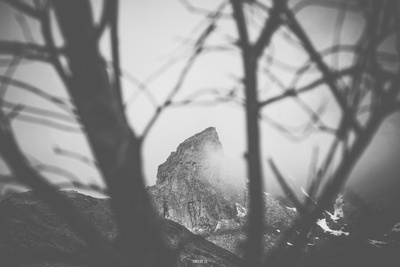 Glimpse of an Old FoeAn image which always springs to mind from this walk. A glimpse of the mountain from between the trees.

Pietrach(non-registered)
This looks like hell of a lot of driving in 5 days! But i am more than sure it was worth it. Great read and looking forward to more. Keep it up.
No comments posted.
Loading...

Dan is a landscape & nature photographer from Sheffield in the UK.